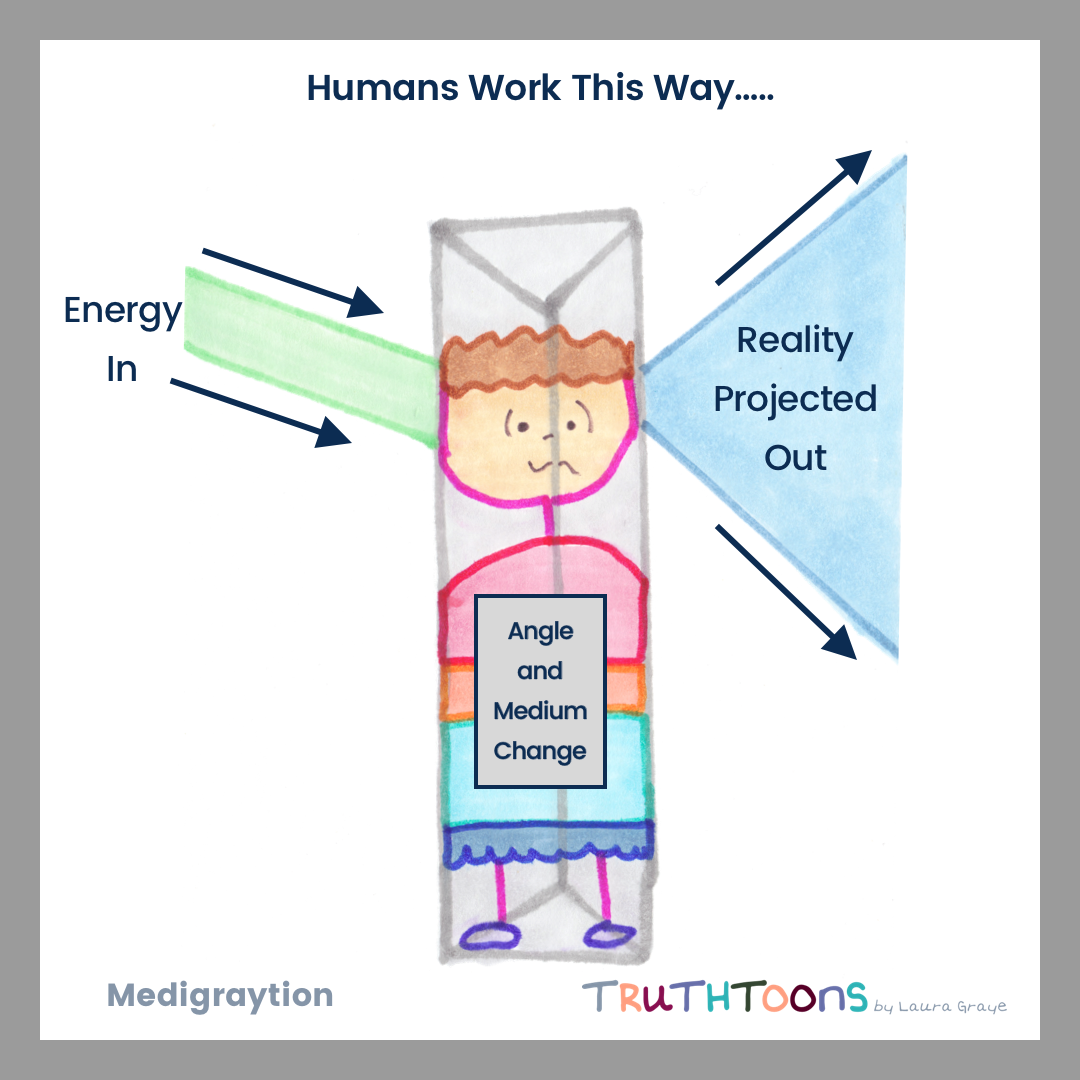 You Are Creating Your Reality. Here’s How To Change It.

Why is it no matter what you try, you are too scared to express yourself with this one person? How is it two people can experience a third person so differently? Why does your boss trigger you so much, but your co-worker is unruffled by their controlling behavior? Why does your sister get along great with your mom, but your mom drives you insane?

In one word: Projection.

Up until recently, projection was a theory which had unfortunately stayed narrowly within the field of psychology partly due to the fact psychologists hadn’t been able to make the case to prove projection physically. People could say, “You spot it, you got it.” or, “When you point a finger at someone, you’ve got three fingers pointing back at you.” and those cliches may bring about a quiet smile of awareness, but up until now, these were anecdotal statements.
Then arrived the neuropsychologists, scientists who are bridging the gap between psychology and physiology. They are more than proving the mind-body connection. They are establishing the mind and body are one. And in this proving ground, they are unearthing the links of consciousness and reality. And in that excavation, they are finding our bodies and brains create much of, if not almost all, of our reality through projection.

To best understand the way projection works physically inside you, I would like to bring you back to a middle school science lesson; Prisms.

Prisms work this way: When a beam of light moves through a prism, the speed of the light changes due to the difference of resistance when it hits the prism glass (the medium). That medium changes the angle and the slows down the speed of the light. In that slowing down, dispersion happens, and the light is split into its different wavelengths. Now we can see the rainbow of color projected outside of the prism.

Humans work this way: When some else’s energy (their vibrational wavelengths) move through you (metaphorically the prism), the speed of that person’s vibrational energy slows due to the difference of resistance when it hits your medium (the vibrating atomic matter that is you). Your medium changes the angle and speed of the other person’s energy. In that slowing down, dispersion happens, and their energy is split into its different wavelengths. Now you can experience the rainbow of different wavelengths of that person projected outside of you, the prism.

The “angles” in this analogy are our perceptions; the way we think, the way we conceptualize, our beliefs; conscious or unconscious. These perceptions, as science is now showing, are held as electrical memory files; basically, electrical vibrations. These memory files convert in your neurons to neurochemicals and provide much of the medium that is you.

In a meeting, your boss appears gruff to you; questioning the credibility of the work you’ve done on the project for which you and your co-worker are responsible. As his strong words (which are soundwaves) and his facial expressions (which are lightwaves) and his subtle energy (a mixture of varying waves) beam into your body to be translated, they hit your angles (your perceptions, thoughts, and beliefs) which are held, somewhat like a pilot light on a stove, in your body as electrical wavelengths. Those electrical wavelengths then fire and produce a chemical reaction through your neurons. If your electrical “perceptions” are angled from previous experience with a critical father whom you could never please, they will disperse chemicals (your medium) which likely make you physically feel awful and criticized. Those angles and the chemical medium produce your projected reality that your boss is a rude, critical brash jerk. It’s really happening to you.

Sitting next to you is your co-worker, who’s father challenged her intensely, but always lovingly, to do her best. As your boss’ strong words (which are sound waves) and his facial expressions (which are light waves) and his subtle energy (varying waves) beam into your co-worker’s body to be translated, they hit her angles (her perceptions, thoughts, and beliefs) held in her body. Those wavelengths then fire and produce a chemical reaction through her neurons. Since your co-worker’s electrical “perceptions” are angled from previous experience with an intense, but loving, father who challenged her to do her best, they will disperse chemicals (her medium) which make her feel challenged and motivated to go back and do better. Your co-worker’s angles and medium produce her projected reality that your boss is a motivating mentor expecting great work.

You and your co-worker have different “angles” and different medium; therefore the projection of your boss will be different.
So how do you change this prism-making reality? Through hard work re-wiring your angles (perceptions, thoughts, and beliefs) to produce a new medium (your neurochemistry). It will take time, but knowing you are indeed changing your physiology should be an incentive much like watching your muscles strengthen over time with a solid exercise practice.

How To Change Your Reality:

3. Most important is compassion toward yourself, no matter what! Changing your angles of self-hate, self-doubt, self-sabotage into angles of self-love and self-acceptance produces more oxytocin and GABA two important positive neurotransmitters which in turn will change your medium and help you project out a new and more positive reality.