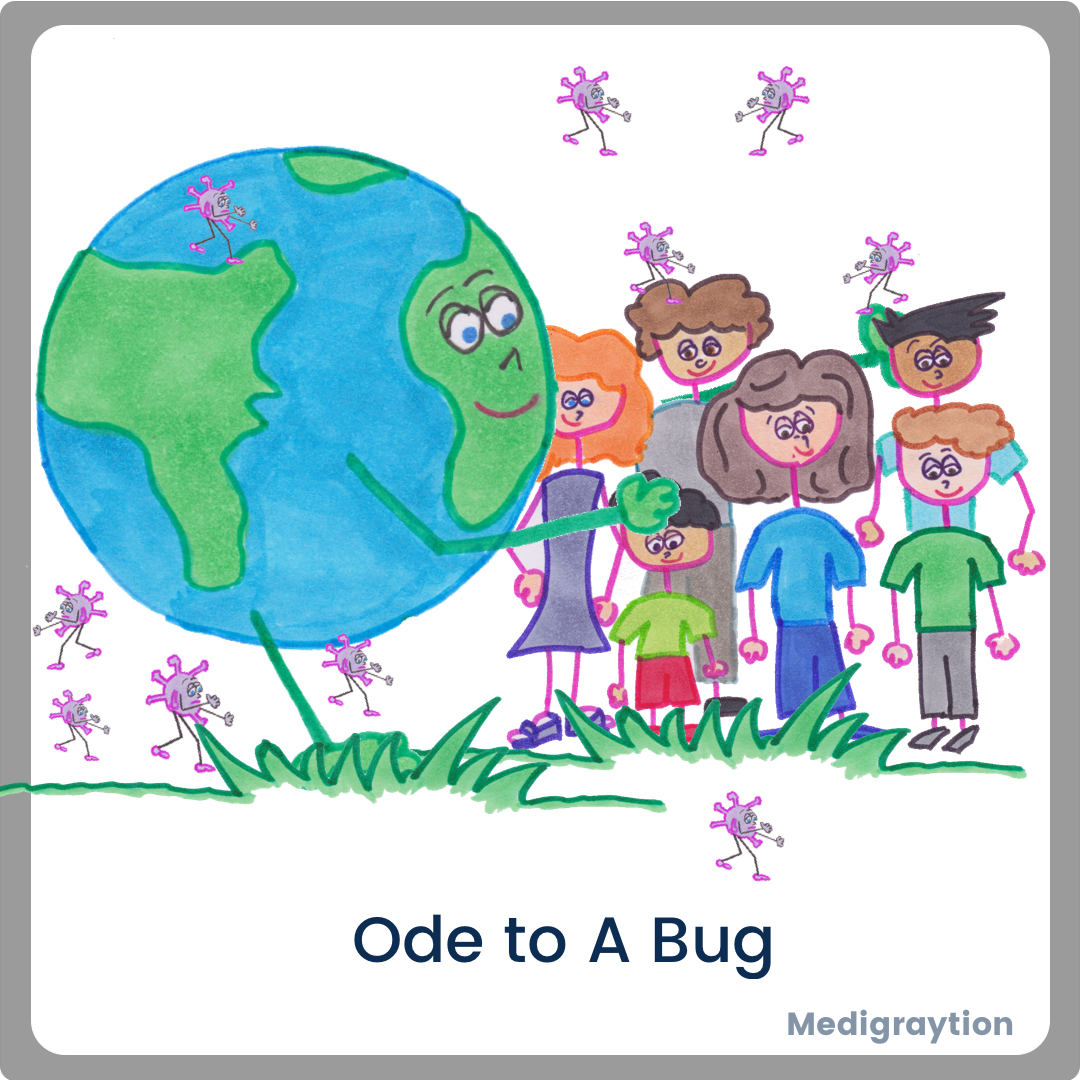 Ode to a Bug Named Corona

We are ALL ONE.

There once was a little microbe that went super viral.

And the world as we knew it, started to spiral.

People were sick; some were dying.

There was no way around, how we’d been lying.

We watched the virus and all that it stopped.

It showed how reality can quickly be popped.

At first there was terror; a genuine fear.

We were losing so much of all we held dear.

Our individual freedoms were fast taken away.

As concern for the Greater Good started to display.

“Our elders! We must protect them at all cost.”

While we reckoned the economy, tragically lost.

Some hoarded toilet paper to wipe their pooper.

Others jumped to wake humanity from its stupor.

Weeks turned to months, and then to a year.

What we thought we needed was no longer dear.

Externals which had brought us a sense of calm.

Were nothing more than a superficial balm.

A new kind of compassion, wisdom and smart.

Began to arise from our softened collective heart.

We could no longer ignore we are ONE with ALL that lives.

Nor that the GREATEST of HUMANS is the ONE that GIVES.

Individuals began to matter regardless of wealth or race.

The drive for financial success finally lost its dominating place.

The earth and oceans came back into balance.

The love found vibrating deep inside ourselves.

Was now cherished as the greatest of wealths.

So, seek in your cells, the calm and the wise.

And then witness ALL of Humanity rise.

We Can Do This Together!